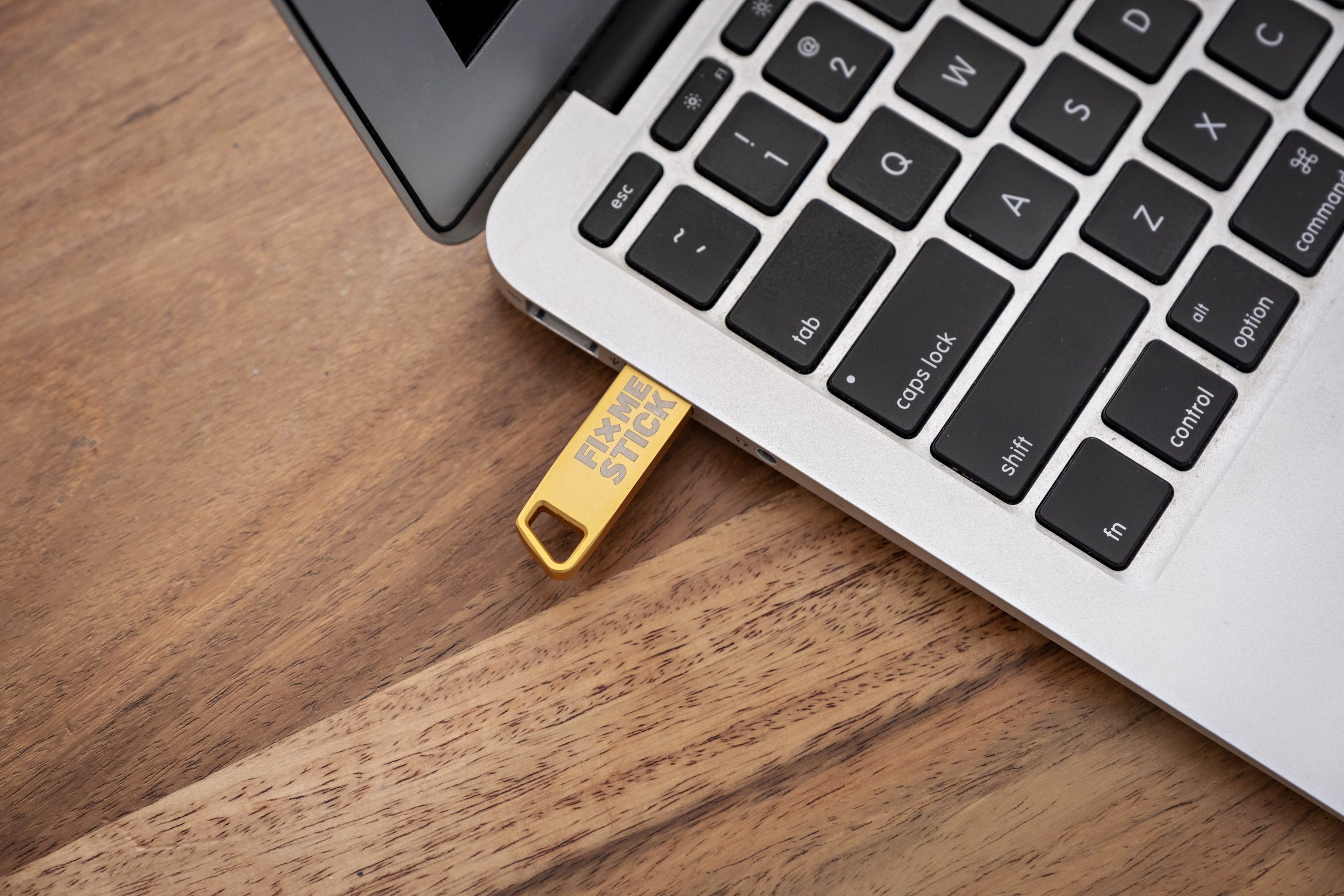 ⏳ Are you in a hurry? Then here’s your FixMeStick Reviews snapshot:

Introduction to our FixMeStick Reviews

Welcome to our FixMeStick reviews!

Given the rising number of identity theft incidents, DDoS attacks, and even the prevalence of ransomware even among individual computer users, it isn't surprising that people are downloading or purchasing antivirus software and malware protection from a number of vendors both on and offline.

However, not all antivirus solutions are created equal and, as malware creators and virus developers become bolder and more savvy over time, today's antivirus ware is unable to catch specific threats or ignores them all together. In which case, computer users wonder if there are any possible alternatives to conventional malware solutions.

In this review, we'll be looking at a device called the FixMeStick UK and see how it stacks up against conventional software measures used against both viruses and malware.

While antivirus ware and malware solutions offer ample protection for your computer, these are not without their drawbacks. In this FixMeStick reviews, we raise six disadvantages when it comes to installing and using these on either your desktop or laptop.

Your antivirus can hamper your computer's performance

Antivirus software uses up a lot of your computer's resources, particularly its memory, compromising the speed and quality of the machine's performance. Periodic scans can also cause lags in networked computers and regular updates can also eat up disk space at a surprising rate;

This is especially true for those using the free edition of an antivirus programme, but even those on premium antivirus ware complain that the software isn't catching all the threats it promised to take care of. Indeed, many frustrated users claim that this is so that the developers can cash in by selling firewalls and “smart-scanning” sub-programmes;

There is such a thing as security gaps

A gap in your computer's security is usually the result of a pre-existing vulnerability within its OS or networking software. Those who deploy viruses tend to take advantage of these gaps to bypass any protection you may already have in place. While updating your antivirus ware helps, it isn't always effective if there's a gap;

As with medical screening procedures for the detection of viruses in a human patient, antivirus software can also flag completely innocuous websites or files as a threat. These false alarms can be more than a little inconvenient for users;

Especially for those using a free edition of an antivirus or malware solution, pop-up ads can be very inconvenient. However, even those on a paid edition of the app may also encounter these ads periodically, particularly when the developer has a new product in the offing; and

A lack of customer support

This is particularly true among those antivirus packages you can easily download off the net. As easy as they are to download and install, any issues you may encounter while these are deployed in your machine seem to be put on the backburner by the developer's technical support team – and that is as big a dealbreaker as it gets.

What is The FixMeStick For Computers and What Can It Do for You?

For this FixMeStick reviews, let's be clear. “An antivirus anyone can use” is the basic premise behind the FixMeStick for computers, a USB device that offers a decent amount of protection for both laptop and desktop computers. The beauty of the FixMeStick UK lies in the fact that you don’t have to install a separate antivirus programme into your computer. All you have to do is plug the dongle into an available USB port and you’re all set.

The device’s developers say that it is also more convenient to run and use compared to conventional antivirus or malware programmes and you only have to plug it in once a month to clean out any threats within your system.

The FixMeStick UK is a far easier device to manage than a conventional antivirus, and comes with the following features:

How To Use The Fix Me Stick?

Moving forward in our FixMeStick reviews, let's see how easy it is to use.

Before we talk about how the FixMeStick works, we need to make one thing clear here: FixMeStick is a subscription-driven service. Therefore, access to the FixMeStick for computers service is only given to those who pay for it. There are no freebies here (sadly).

The plug-and-play nature of the device means you can just plug it into an available USB port on your laptop or desktop computer and it's all systems go: it doesn't have to install the programme into your machine, but it does create bootable drives from which you can boot up your machine in the event that it happens to be infected.

So, once you have it set up on your machine, how does it work? First, take care of the FixMeStick download. Launch it, then FixMeStick's system flags infected/affected files during the scanning process. These infected files are deactivated and moved to a quarantine file on the hard drive where they remain dormant – think of it as a depository of deactivated files that keeps them from infecting the rest of the media on your hard drive.

Keep in mind that the depository is not stored on the device itself, so you can use the FixMeStick on other machines without the threat of cross-contamination. Likewise, putting affected files in the depository enables you to restore them once the threat has been removed.

Does Fix Me Stick really work? It does, and here are some of the benefits you can reap from using the FixMeStick virus removal device.

By using FixMeStick on startup, the program connected to the internet, updated its files, and did a scan. Viruses were detected and removed – [and] the cost of this nifty program was a lot less than the hijacker's ransom demand! Three weeks later, another type of ransom virus struck and FixMeStick did not detect it, but within a reasonable time, Fix Me Stick support contacted me, ran a scan of my computer by remote and got me back online. The product and the support service are both great!

I was having spam adware issues on my laptop. I purchased the Fix Me Stick as a measure to help remove any items that might be causing issues on my PC that my antivirus was not catching. Initially I did not notice any improvement upon using this product. However, [after a] week, the adware has almost completely disappeared.

I used this on my desktop and laptop computers, as my laptop was infected with viruses and was not working. When I completed the process, I had my laptop back and was able to access the internet and recover my personal files.

The creators of the Fix Me Stick offer a trial period – but we’d rather refer to it as a month-long subscription as you have to pay to use it. That said, pricing for the device is currently discounted as follows:

Offers a 45-day money back guarantee if you aren’t happy with the product’s performance, though technical assistance for the removal of stubborn viruses or malware is free.

Where Can You Get The Fix MeStick/FixMeStick Gold?

While it’s possible to purchase the FixMeStick UK online through Amazon and Best Buy Online, we recommend to buy it directly from the official website to avoid any possible refund complications.

Conclusion to our FixMeStick Reviews

Now, to wrap up our FixMeStick reviews;

The FixMeStick virus removal device is a great alternative to conventional antivirus software in that it captures a number of threats without compromising the performance of your computer. However, we still urge you to do your research before committing to this product.

Which operating systems is the FixMeStick UK compatible with?

For the most part, the Fix Me Stick works best with computers running Windows, with versions from XP to Windows 10. For some reason, it has no editions that work with MacOS devices.

Do I need an internet connection to use my FixMeStick Gold?

Yes. While you can successfully run a scan on your PC using a Fix Me Stick, it will require an active internet connection in order to update virus or malware definitions.

Do I have to pay a subscription to use the device?

Yes, and you pay for it annually.

That's all for now:

If you've read all the way through this FixMeStick reviews, we are grateful. Hopefully, you now know the features, as well as pros and cons of FixMeStick Gold! We have a large collection of articles, guides, and comparison reviews of gadgets, consumer products, and others! Feel free to check them out;

Natalia is a self-confessed science nerd and DIY enthusiast by choice. She has over ten years of experience reviewing amazing gadgets that help make life and living better for everyone. She is vegan, a believer in clean eating and mindfulness. On holiday, she could be seen by the beach reading her favorite book or playing with Boogie, her golden retriever.